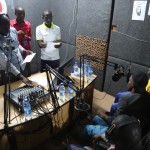 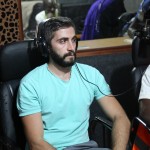 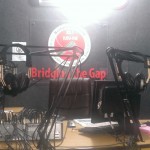 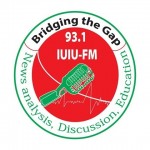 0 Reviews
0.0
Write a Review
This company has no reviews. Be the first to share your experiences!

0
Ask a Question
Have questions? Get answers from 93.1 IUIU-FM or Yellow Uganda users. Visitors haven’t asked any questions yet.

The Islamic University in Uganda (IUIU) is an International University established by the Organization of Islamic Cooperation (OIC) in 1988 under a bilateral agreement between the Government of Uganda and the OIC. The Parliament of Uganda enacted a law (Cap 131) in 1990 that legally empowered the establishment of the University that has now grown into four campuses.

BACKGROUND OF IUIU-FM RADIO
We live in an information age where mass media play an important role in shaping world views. The media have been used to mobilize populations towards positive and negative causes across history. In Uganda, about 80% of the population has access to radio and it remains the most suitable medium for information dissemination due to its potential to penetrate rural communities. Realizing the power that the media possess in setting the national and international agendas, IUIU started a Bachelor of Science degree in Mass Communication in 1995 and has now established an FM Radio Station to boost the communication and journalism training among other objectives.

MISSION
IUIU-FM aspires to function as a highly professional and educational Radio Station based on Islamic values and journalistic code of ethics.

STATION FORMAT
The station in creating a niche of its own will be a talk radio that will largely focus on three formats;
1. News Analysis
2. Discussion
3. Education

93.1 IUIU-FM is licensed as a Radio Station by the Uganda Communications Commission (UCC). The official broadcasts started on February 24, 2011 with Max Carrier Power Output of 500 Watts. IUIU Mbale Campus, Nkoma is the transmitter and studios’ location.

STATION SLOGAN
The station slogan will be Bridging the Gap. This will help the station to provide a solution to the community that has missed out on detailed news analysis, focused discussions on topical issues and a range of educative programs.
The English version of the slogan will be translated into the different languages to be used.

STATION LANGUAGES
In bridging the gap, the station will use basically six languages to reach out to its intended communities and these are:
1. English
2. Luganda
3. Arabic
4. Lumasaba
5. Kiswahili
6. Lusoga/Lugwere

STATION TARGETED AUDIENCE
The station aims at bettering the livelihoods of ordinary rural and semi urban citizens in the rural communities.

AREAS OF COVERAGE
Mbale, Manafa, Bududa, Budaka, Paliisa, Kibuku, Kapchorwa, Butalejja, Tororo, Iganga, Namutumba, Buguri, Busia, Sironko, Bukedea , Bulambuli, parts of lower parts of Nakapiripirit and. By the end of this year, the radio is expected to expand to other neighboring districts in the eastern region.

OBJECTIVES OF IUIU-FM RADIO STATION:
A part from training students of Mass Communication in modern broadcasting skills and knowledge, IUIU-FM is aimed at:
1. Serving as a channel to link primarily the community in Eastern region to the university activities through audience oriented programs. This will be done in collaboration with local government councils, civil society organizations and other stakeholders.
2. Generating reasonable income for sustaining the station through Islamic compliant advertising.
3. Being a platform for intellectual debate among students and academicians in the University.
4. Being a source of information on all socio-political, religious and economic aspects of society.
5. Being a forum for promoting pure understanding of Islam and peaceful co-existence of civilizations and cultures.
6. Setting meaningful agenda for the public. The station will be identifying key issues like poverty, child abuse, domestic violence, disease, ignorance, and religious misunderstandings highlighting their causes and helping them to get rid of them.
7. After expansion, IUIU FM will be a tool for long distance learning.

IUIU-FM ETHICAL VALUES
1. Islamic rules of conduct form the basis for all IUIU-FM practitioners in their journalistic endeavors and the IUIU Shari’ah department will be consulted on matters relating to the breach of Islamic values.
2. IUIU-FM Radio station will strive to produce an all round Muslim personality
3. The communication function at IUIU-FM is taken as a trust and broadcaster will take the required care in fulfilling it.
4. Broadcasters at IUIU-FM strives to;
i. Advance truth, objectivity, factuality, accuracy, thoroughness, comprehensive research and impartiality.
ii. Promote professionalism and all its aspects that do not contravene the Islamic values.
iii. Take up the social responsibility function of enjoining the doing of good and forbidding evil.
iv. Promote sincere advice and freedom of expression.
v. Correct errors once observed.
vi. Respect privacy of all individuals and permission will always be sought before recording any information.
vii. Attribute all information used and acknowledge all sources for information sourced from other media.

5. IUIU-FM strives not to:
i. Accept bribes in all aspects.
ii. Malice any individual or group of people.
iii. Engage in any kind of plagiarism.
iv. Air any content that is against Islamic values and public taste.
v. Air any content that promote hatred, disbelief, racial discrimination, hostility or incitement of violence.

BANK DETAILS
IUIU-FM has an account number with Crane Bank IUIU Branch titled: IUIU FM RADIO A/C No. 1029011030000002 on which all deposits are made. The station does not deal with cash.

Advertising in MbaleDigital Signage in Mbale

Similiar Page for Your Business?

Make sure everyone can find your business online. Create your dedicated company page on Yellow Uganda - it's simply and easy!
List Your Business
BACK TO TOP